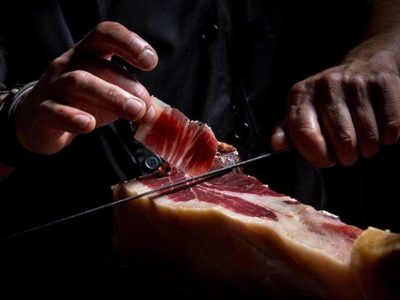 A taste of the very best Iberian Ham available is an easy way to change anyone's appreciation of Spanish cured Ham. It has an intense smokey flavour and a delicate soft texture; this Iberian Ham melts in your mouth. The fat on the Jamon has a gentle milky texture which contrasts with the rich meat perfectly. This texture and aroma is created by the diet and long careful raising of the Iberian Pig. The craft of Iberian Ham is steeped in history, tradition and love; you can really taste it too.

'Pata Negra' in Spanish translates to 'Black Hoof' which describes the hoof of an Iberian pig. The nail of the hoof is famously black which is also the inspiration for our name. Now the term of 'Pata Negra' is used to describe the finest of all Iberian Ham, the Holm Oak Acorn Fed Iberico Ham which is identified by a 'Black Label'.  A top tip for making sure you get the best 'Pata Negra' is to inspect the hoof itself. A really good Iberian Ham's hoof should be chipped, marked and damaged. What this signifies is the amount of freedom the animal has had during its farming. Lots of exercise is very important for the taste, texture and brilliance of the 'Pata Negra'.

Iberian Pigs need to have a diet exclusively of Holm Oak Acorns that are only dropped by the Oaks between November and January. The acorns provide protein (5%), lots of sugar (45%), fat (3%) and minerals (2%). These figures vary depending on the ripeness and hydration of the acorn when it is consumed by the animals. The acorns are responsible for the high concentration of Oleic Acid (63%) in Jamon Iberico De Bellota 'Pata Negra'

Iberian Ham has a long and important history within the Iberian Peninsula of Spain and Portugal. The curing of Jamon has been recorded as far back as the Romans when ham was a staple part of the local diet. When the Moors conquered this part of Spain and Portugal the consumption of pork was prohibited; therefore, eating ham became an essential way for Christians to celebrate their culture.

Curing meats and fish with salt is an accident tradition in Spain as a means to preserve food. The curing of Iberico Ham has evolved from a simple process derived for survival into somewhat of an art, where salt, time and the cool Iberian mountain air transforms the ham into the finest ham product in the world.

Iberian Ham has recently been categorised by coloured labels. White, Red, Green and Black. 'Pata Negra' (also called Jamon Iberico De Bellota) is identified by a black label. It identifies the pedigree and quality of the ham. To find out more about the types of Spanish Ham & Iberico Ham- click the link. 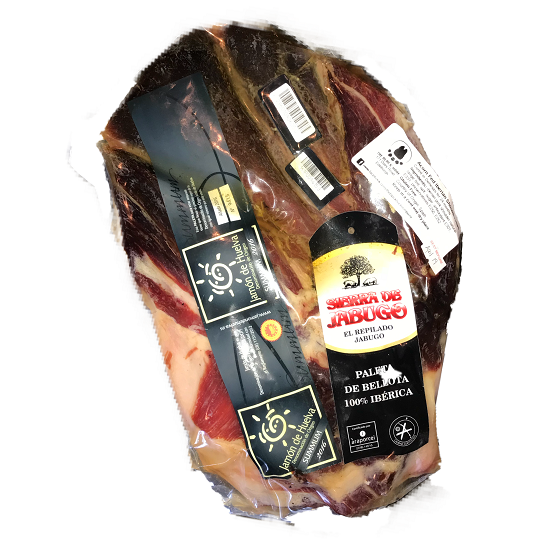 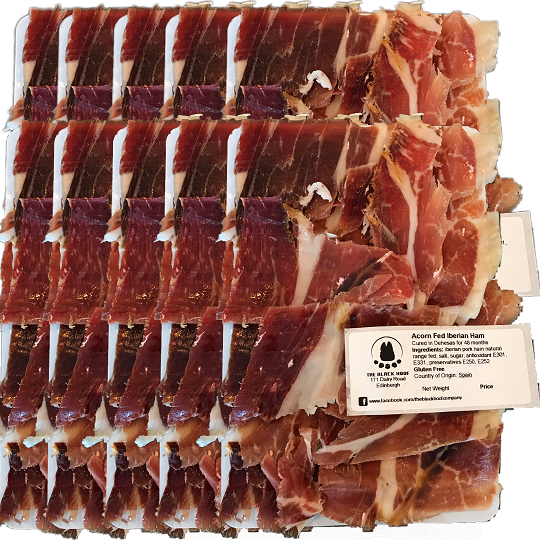 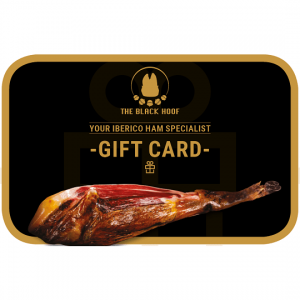 At The Black Hoof we use Cookies to remember your preferences and your visits and thus provide you with a more tasty experience! By clicking "Accept", you give us your controlled consent.
AcceptLearn More
Manage consent